Black Husky Brewing, Pembine, WI, announced that they will be releasing Sparkly Eyes Imperial Spruce. "This is a beer that tends to be on the fringes of beer styles," said Tim Eichinger, co-owner and Brewer at Black Husky Brewing. "It is an imperialized version of Sproose, our double IPA brewed with spruce that we harvest from the woods up north. And by "imperialized" I mean that we take an already obnoxious beer, Sproose, and make it with more of everything: more hops, more spruce, more malt," Tim explained.

"This is one of the beers in our Beware of the Dog series," added Toni Eichinger, co-owner of Black Husky Brewing. Black Husky’s Beware of the Dog series beers are limited release beers that are not designed for consumption by the faint of heart. They are all big beers but Sparkly Eyes is especially strong. Toni explained, "When we were developing Sparkly Eyes I had final say on all the pilot batches Tim was brewing because Lothar, the dog whose photo is on Sproose and Sparkly Eyes, and I have a special bond. So Tim would brew a batch and I would say it wasn’t quite there yet. An exasperating process, at one point I quoted Christopher Walken in the famous Saturday Night Live "More Cowbell" skit with Will Ferrell. "... More Cowbell, I gotta have More Cowbell! Tim says I was yelling it at him; I think I was just making the point."

Sparkly Eyes will be released at the end of July, available in both 22 ounce bottles and on tap. Look for Black Husky Brewing and Sparkly Eyes at the Great Taste of the Midwest in Madison on Saturday, August 9. http://greattaste.org/

Black Husky Brewing is a nano-brewery operating in Pembine, WI since 2010, with two human employees and many canine collaborators.

For more information about the  U.S. Open Beer Championship and to see the full list of medal winners, visit http://www.usopenbeer.com/.


This year’s Rhythm & Booms offers a new location, a new venue, new entertainment — and thanks to sponsor Wisconsin Brewing Company, a new brew to enjoy it all with! The brewery’s latest creation, a beer currently known only as #008, will make its world debut at the event.

"Rhythm and Booms is a major event for all of southcentral Wisconsin, and we couldn’t be more proud to be a part of it," said WBC president Carl Nolen. "So we wanted to mark the occasion with a major event of our own — the introduction of #008. This is an awesome beer that truly reflects the essence of Wisconsin — it’s got a wonderful flavor, a crisp, clean and refreshing taste; this is a beer that’s really fun to drink. We think it’s something special, and what better way to roll it out than at one of Madison’s biggest special events?"

#008, a Munich-Helles lager, will be featured at beer stands along John Nolen Drive during Rhythm & Booms, along with the brewery’s popular #002 American I.P.A. and #007 Zenith, a farmhouse saison. But Wisconsin Brewing Company doesn’t just want people to taste #008 and enjoy it — they’re also looking for a NAME.

"We’re proud to be a part of this community," said Nolen. "And we want our beers to reflect that. A great way to do that is to ask our community to help us out with a name. So we’re asking folks to try it, taste it, and hopefully be inspired enough by it to help us decide what to call it!"

The brewery has made it easy to throw your ideas into the ring. During the event, people can text "beer" to 20357, or simply stop by Wisconsin Brewing Company’s booth next to the Main Stage, where brewery representatives plan to display name entries that are submitted throughout the event, to help fuel creativity and inspiration.

Wisconsin Brewing Company opened November 1, 2013 in Verona, Wisconsin with a state-of-the-art facility and a passion for the state of Wisconsin and great craft beer. That pride is demonstrated with beers true to Wisconsin’s brewing legacy, created by award-winning Wisconsin brewmaster Kirby Nelson, in a brewery that is made almost entirely with Wisconsin-crafted parts provided by Wisconsin-based companies.

WiBL member Sam Worske from Muskego, WI won our "Wheelbarrow of Beer" sweepstakes at the Wisconsin Beer Lovers Festival held in Glendale on Saturday, June 14th! He took home a huge selection of Wisconsin craft beer and merchandise... so much beer, he had to call for reinforcements with a pickup truck! Become a WiBL today for your chance to win at our next festival in September!" 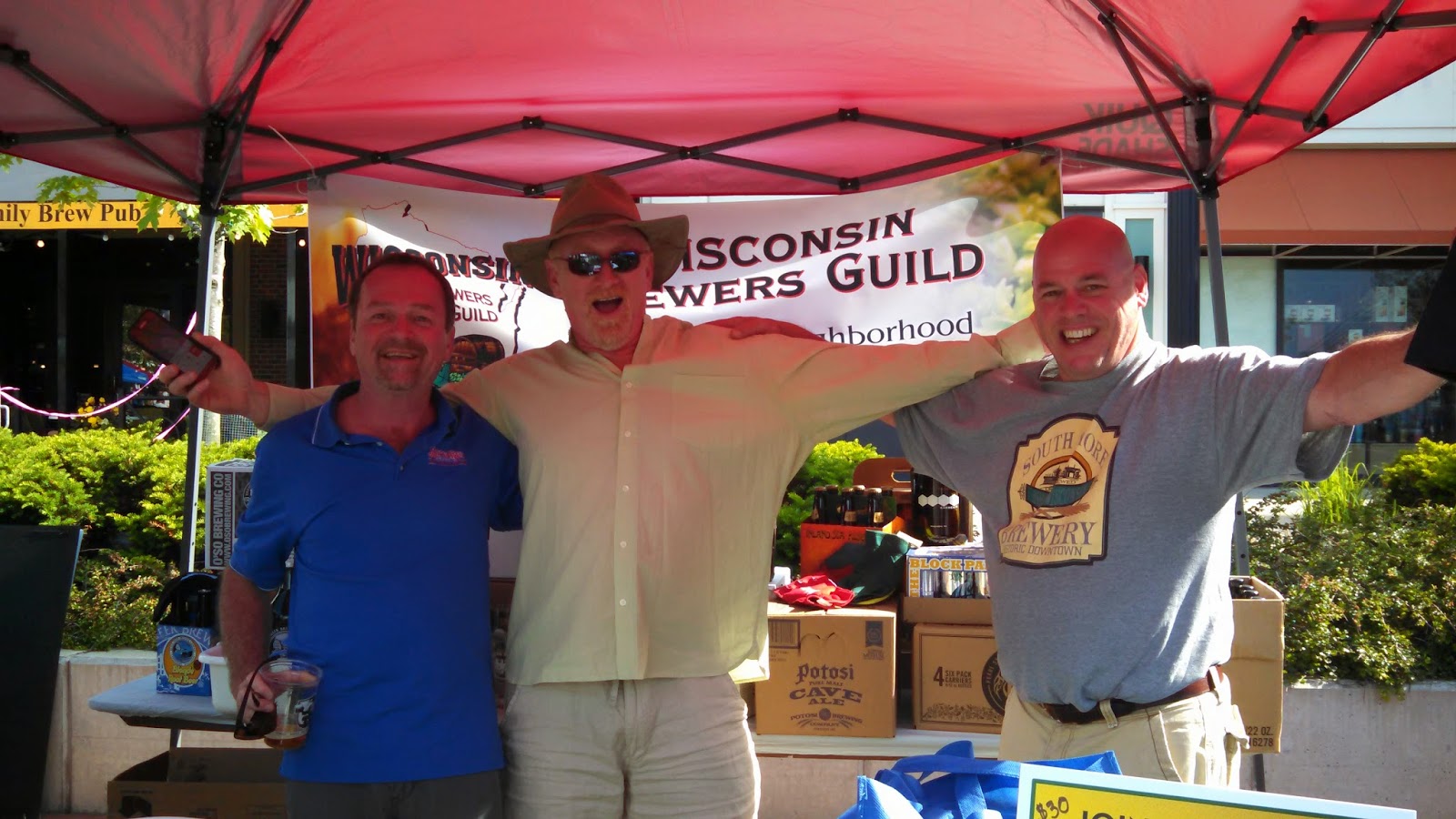 Feel free to contact us with questions and/or comments.